Can indoor cycling improve your intellect? Could squats make you more successful? Will weight lifting make you wealthy? Science suggests that if you start working out regularly, you won’t just boost your health and fitness – you’ll make gains at work and in other areas of your life. 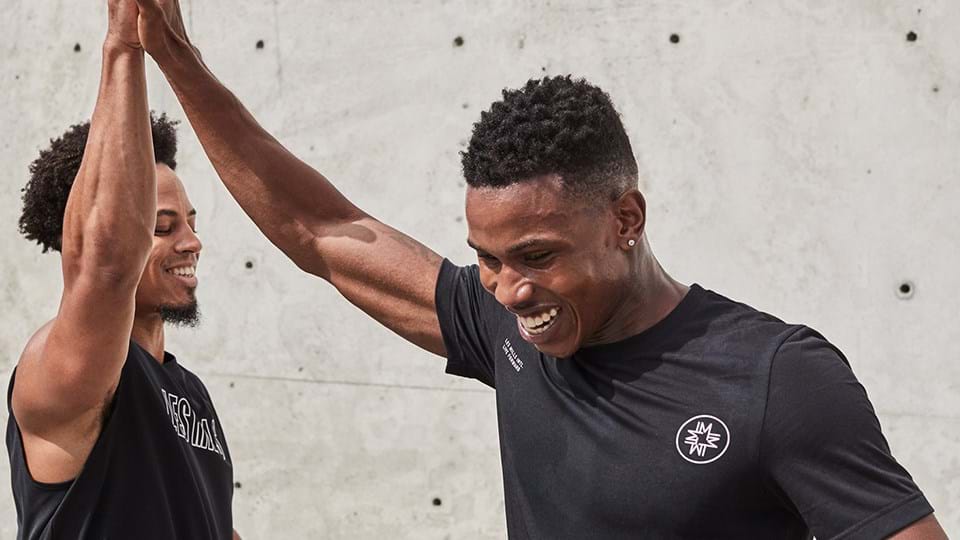 WORK OUT AND BECOME HAPPIER

If you’re facing a tough day and want an immediate mood boost, add 20 minutes of moderate-intensity aerobic exercise to your morning routine. It’s a well-recognized formula for instant mood enhancement – and not only will it quickly spark an endorphin high, but the positive effects can last for up to 12 hours. According to scientists exploring how exercise eases negativity, it takes just four aerobic exercise sessions a week to reap significant psychological benefits, such as reduced depression and feelings of hostility. And the mood-enhancing benefits are long-lasting, they can still be in your system for weeks following your exercise!

If early morning cardio is not your thing, you can still enjoy exercise-induced happiness. Another set of researchers evaluated 23 published studies and established all manner of exercise is consistently linked to happiness. They found that as little as 10 minutes of physical exercise per week can result in increased levels of happiness. Those who accumulated at least 30 minutes of physical activity on most days were 30 percent more likely to report being ‘happy’ than those who didn’t get their fitness fix.

WORK OUT AND BECOME WEALTHIER

Studies show there’s a link between the amount of time people exercise and the size of their salary. According to the Journal of Labor Research, employees who exercise regularly earn nine percent more than their more sedentary sidekicks.

And regardless of their actual paycheque, regular exercisers just feel wealthier anyway. A team of Yale and Oxford researchers collected data from 1.2 million Americans, analyzing how often they experienced stress, depression, or emotional problems concerning their income and level of physical activity. They found that while a pay rise will make most people feel good, exercise can make them feel even better! Those who did exercise felt just as good as inactive individuals who earned $25,000 more a year. The scientists considered all forms of physical activity – everything from gardening and housework to weightlifting and running – but found the greatest mental health benefits come from team activities, cycling, and aerobic gym sessions.

Don’t forget there are other financial perks associated with exercise too; like lower healthcare costs and the ability to remain productive into old age.

WORK OUT AND INCREASE YOUR BRAIN POWER

If you're studying for an exam or simply want to increase your intellect, a good sweat session could be just the ticket. Studies show that exercise promotes academic achievement and can bolster your cognitive function, improve your memory, and lift your attention span. It will also enhance your executive function, which is your ability to think differently, adapt to new situations, and regulate emotions. The intellect advancing benefits kick in because exercise alters the physical makeup of your brain. When you do aerobic exercise it will increase the amount of gray matter (the parts of the brain that have nerve endings), which lifts your brain’s processing capabilities.

And it happens pretty quickly. One recent study revealed how the brain-boosting benefits observed after just one workout can indicate the extent of long-term changes. Those who saw the biggest improvements in cognition and functional brain connectivity after single sessions of moderate-intensity physical activity also showed the biggest long-term gains.

While much of the research around physical fitness and brainpower has focused on slowing cognitive decline in older people, a new study of twenty-somethings shows that if you’re young and fit you’re also likely to have superior memory and thinking skills. Using special MRI brain scans, German scientists assessed the white matter (the parts of the brain that connect neurons and the brain regions) inside 1200 young people’s brains. They also carried out cognitive tests, medical check-ups, aerobic fitness tests, and health and lifestyle questionnaires. Those who were relatively out-of-shape had poorer memory and thinking skills, plus their white matter was weaker and more frayed than those with better fitness levels.

WORK OUT AND BECOME MORE RESILIENT

Being physically fit increases your immunological fitness too – so you’re less likely to be out of action with sickness. Exercising increases blood flow and mobilizes white blood cells –one of your body’s main defenses against harmful microbes. The antioxidants produced during exercise can help lessen the impacts of the disease. Experts recommend exercise as good medicine for countering everything from common colds to chronic illnesses such as cancer and COVID-19.

A huge 2013 comparison study of exercise and drug interventions found that being fit was as good – if not better – at combatting many chronic illnesses.

WORK OUT AND SEND STRESS PACKING

A fascinating new study (involving mice) has revealed that regular exercise can make it easier to bounce back from stressful situations. It all comes down to something called galanin, a peptide associated with mental health. People with genetically low levels of galanin face an uncommonly high risk of depression and anxiety disorders. Exercise leads to a surge in galanin production, and the more galanin, the greater the stress resilience.

These new findings are backed up by numerous other studies linking physical activity to reduced feelings of anxiety, improved quality of life, and better sleep.

So, if you want to be happier, smarter, wealthier, more productive, and more successful, exercise could be your golden ticket. And just a few workouts a week is all it takes.

View All
CORE THINKING: AB TRAINING TRENDS OF THE FUTURE
THE SMARTEST PRE-HOLIDAY FITNESS PREP
How livestreaming made me a better instructor
3 reasons to do front squats